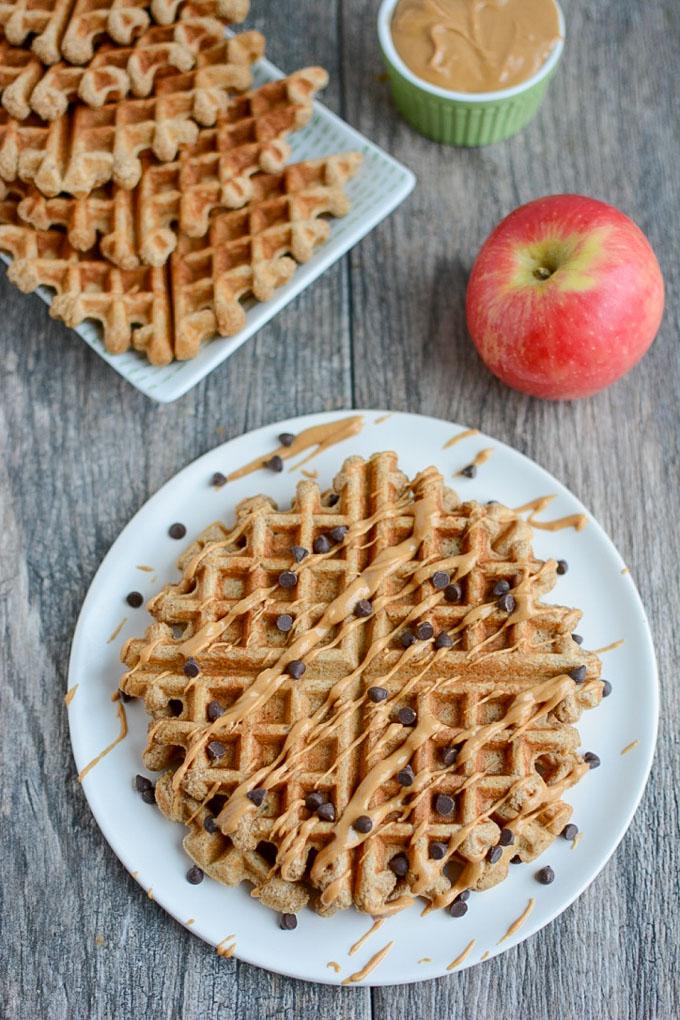 Time for another breakfast idea – Apple Cinnamon Blender Waffles! As you guys know I’m a big fan of breakfast for any meal or snack during the day so please don’t limit waffle hour to just the early morning. My Whole Wheat Yogurt Waffles are my absolute favorite waffles – perfect for making a double batch and freezing them so you have them on hand to pop in the toaster. However, it’s always good to change things up occasionally so I present to you this flavored waffle.

Apple cinnamon will forever be one of my favorite flavor combos, but I’m not a huge fan of having chunks of things in my waffles and pancakes. (ie apple chunks, banana slices, etc. I feel like there’s always a little bit of raw batter around the edges of the pieces and that just doesn’t float my boat. So, I whipped out my blender, tossed in all the ingredients and pureed until smooth.

Added bonus to using the blender instead of the bowl? When you’re done, just add a little water and dish soap to the blender and let it whirl itself clean! 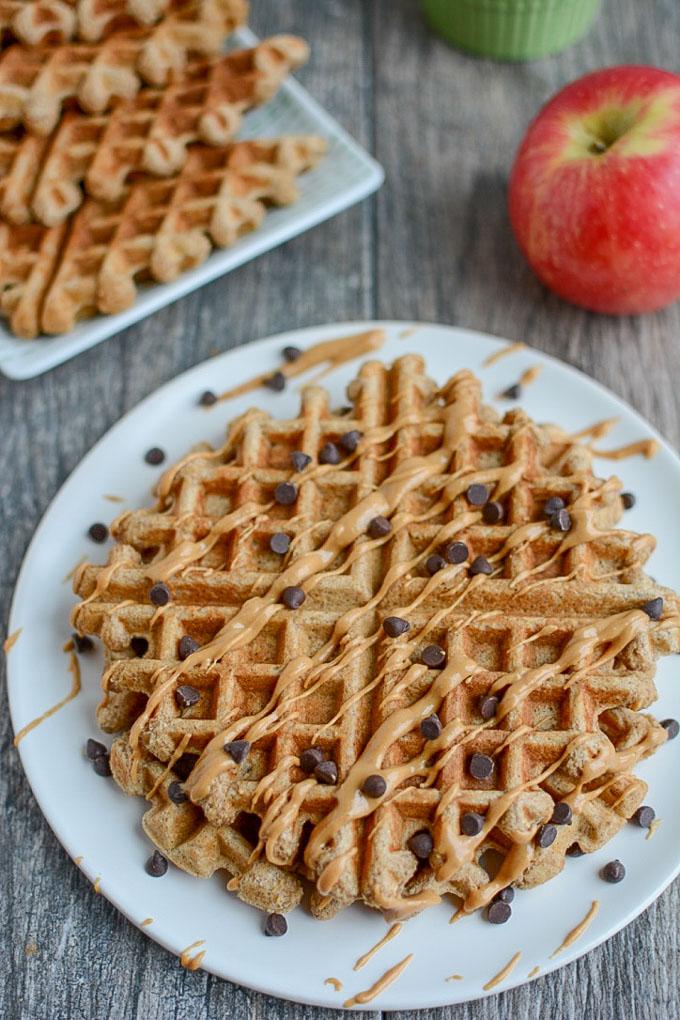 We all know apples and peanut butter make the perfect combo as well so I added some peanut butter to the batter for some healthy fats and protein and I always drizzle more pb on top.

Here’s how you make them: 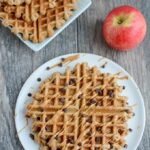 Add all ingredients to a blender.

Pretty simple right? Note that my waffle maker is not a Belgian waffle maker but I imagine either kind would work just fine!

Let’s chat:
What toppings would you add?