These Peanut Butter Chia Crackers are a healthy, kid-friendly snack recipe made with just a few simple ingredients. Similar to a homemade graham cracker, you can make a batch for an after-school snack or pack some in your purse for a busy day! 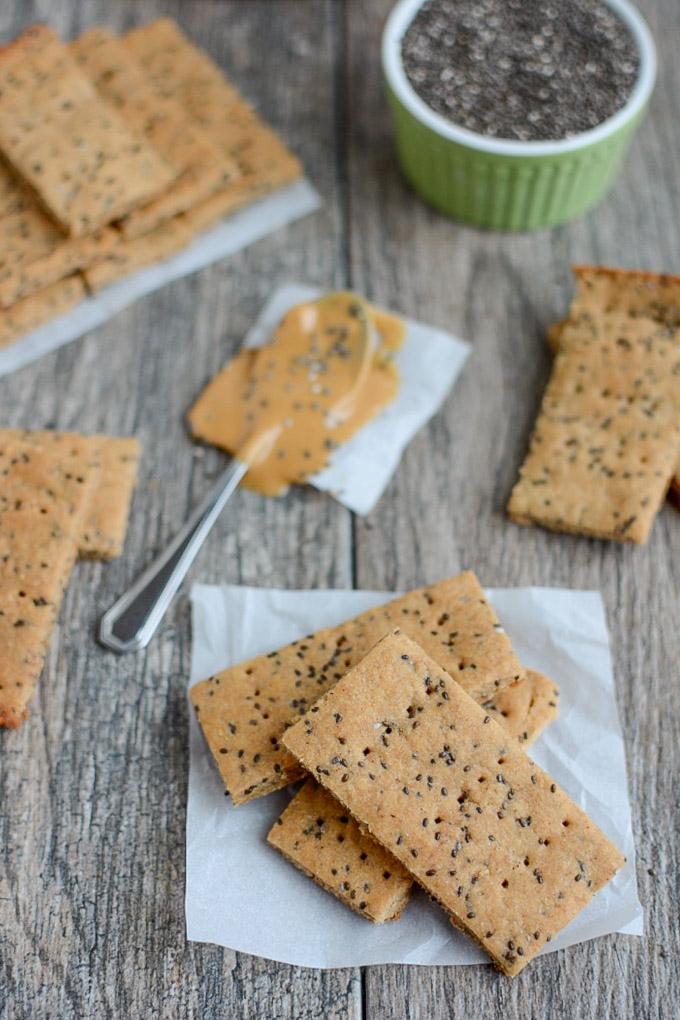 If you follow me on IG stories, you’re already quite familiar with these Peanut Butter Chia Crackers. They’re kinda like my version of a homemade graham cracker and I have literally tested the recipe 10 times in the past 2 weeks. Luckily the flavor was fine from batch one so all ten batches got eaten…it was just the execution I was trying to master. I wanted to make it as easy as possible for you.

I first tried doing these freehand with a rolling pin…but what I’ve found is that the dough doesn’t really lend itself well to being rolled. Especially when you cut off the edges to make them straight and then try to re-roll it. Then I tried just pressing the dough into a 9×9 pan. That works well…but they’re just a little too thick for me. If you want the easiest route, that’s it. 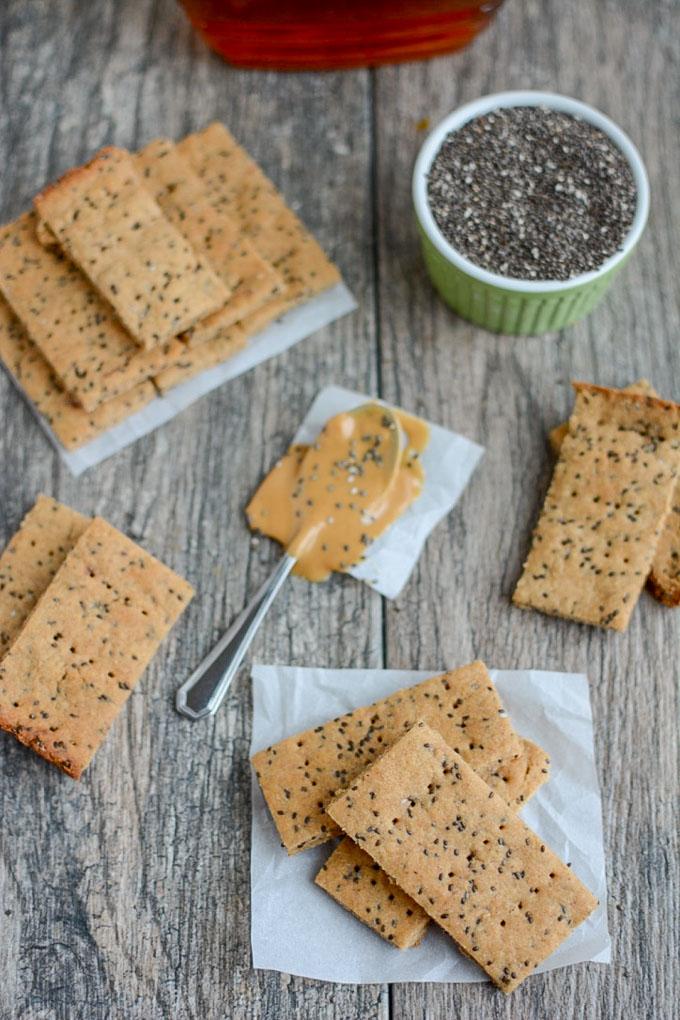 If you’re like me and want them just a little bit thinner, here’s what I found works best: divide the dough in half. Press half of it into a 9×13 pan. Work with it until it’s about an inch or an inch and a half from one end. There’s not quite enough dough to fill a 9×13 pan…it seems like 9×11 or 9×12 is ideal for me.

It takes me about 5 minutes of work pressing the dough in the pan and working with it to get it to the 9×11 or 9×12 size. The warmth from your hands seems to help make it easier to work with instead of being too crumbly. 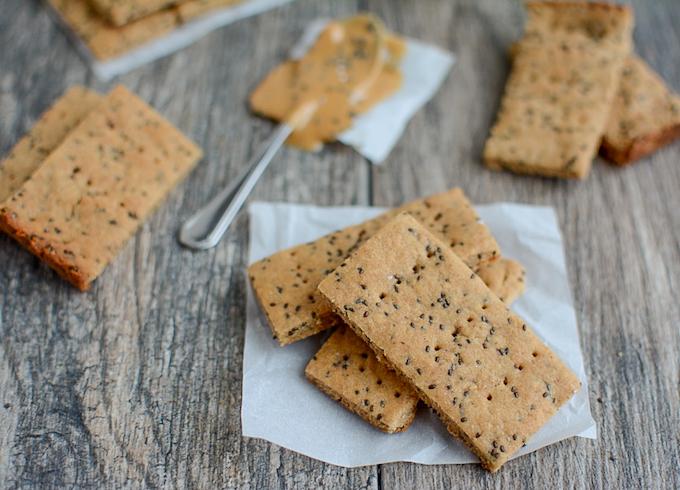 So, if you want to give these a whirl yourself, here’s the recipe: 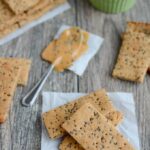 These Peanut Butter Chia Crackers are a healthy, kid-friendly snack recipe made with just a few simple ingredients. Similar to a homemade graham cracker, you can make a batch for an after-school snack or pack some in your purse for a busy day!

Add one cup of flour and stir until just combined.

Add remaining 1/2 cup flour and 1/4 cup water and mix well. If the dough still seems too crumbly, you can add one more Tbsp of water…but there will still be some crumbs. The warmth of your hand will help it all come together.

Form dough into a ball with your hands and divide into two equal sections.

Line a 9×13 pan with parchment paper.

Place one section of dough in the pan. Slowly, with your hands, work the dough to spread it out. I usually put the dough a little closer to one end, press it out until it reaches the corners and then begin to work it towards the other end of the pan.

Press the dough until it covers all but about 1-1.5 inches at one end of the pan. Make sure it’s not too thick around the edges of the pan or in the middle. You’re going for an all-around even thickness.

Use a knife to cut into crackers. I usually divide the pan into thirds horizontally and then cut vertically. Take a fork and use the tines to make three rows of holes in each cracker at the top, middle and bottom.

Let cool completely. Crackers will soften after the first day.

If you don’t mind a thicker cracker, you can divide the dough in half and press each half into a 9×9 pan instead of a 9×13 pan.

One thing to note is that these crackers will soften after the first day. So they’re crunchiest once they’re cool on day one, but on the following days they will get softer. This doesn’t impact the taste.

Do you ever make your own crackers?