So here’s the deal. I’ve only actually had falafel like twice…ever. So i’m no expert. 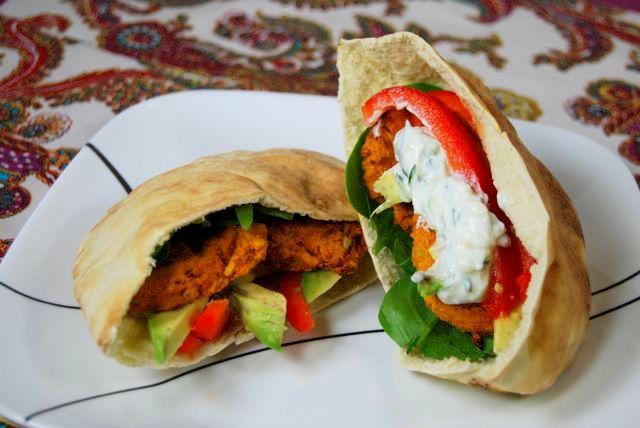 But we all know that I am immediately sucked in to any recipe with sweet potato in the title. When I first discovered Allie’s blog a few months ago, the first recipe of hers that I noticed was her Sweet Potato Falafel. I immediately wanted to make them…however I was forced to wait a while because I had no idea that most falafel recipes call for chickpea flour, not just canned chickpeas. 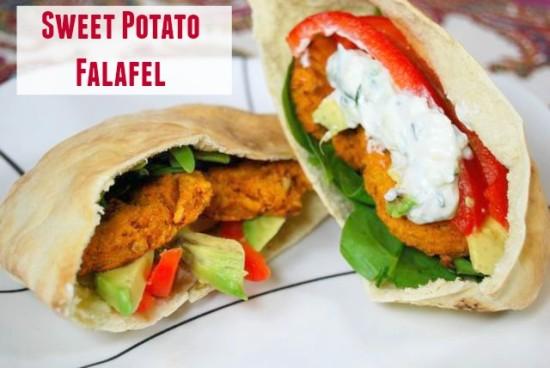 I tried to make my own chickpea flour with some dry chickpeas I had. I put them in the food processor and OMG was it loud. Worst noise ever. It hurt my eardrums terribly, and barely made a dent in breaking up the chickpeas in to flour.

Then I tried two different grocery stores and neither of them had the flour. I complained to the hubby and he told me he was going to put me on WhiteWhine.com. Have you heard of this website. HILARIOUS. Go check it out. It’s basically just a collection of ridiculous complaints from overpriveledged white people.

ANYWAYS, third times a charm I guess…because I located my flour and immediately got to work on these falafels. 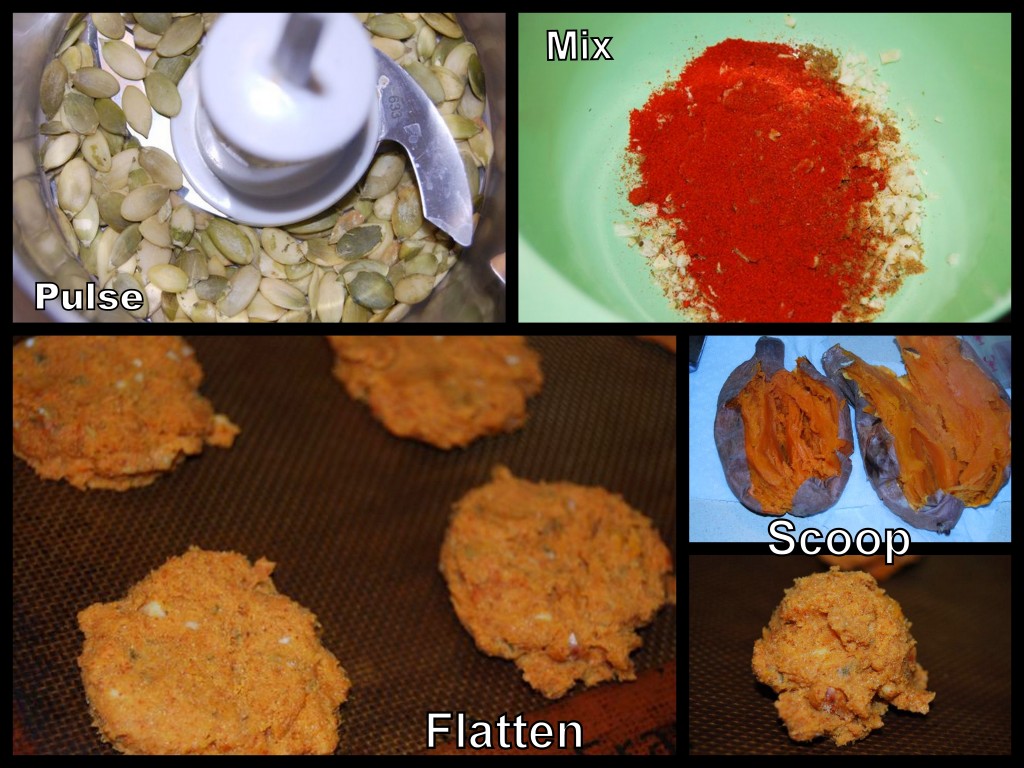 I made some changes to the recipe so below is the one I used. I cut down on the sweet potato cooking time by microwaving almost all the way and then baking for just 10 minutes for flavor. I also didn’t wait for the dough to cool before scooping and baking like a lot of recipes said to do.

For the Tzatziki sauce

Stab the sweet potatoes all over with a knife and microwave on high for six minutes, turning once.

Remove from microwave and bake in the oven for an additional 10 minutes (This helps them get the oven baked taste without all the time).

In a small bowl, combine the garlic, pepitas, spices and chickpea flour.

When the sweet potatoes are done, slice in half lengthwise and scoop the flesh into the bowl.

Mix well and add the lemon juice and olive oil.

Scoop dough onto cookie sheet. Use a fork to flatten each ball.

Lower oven temperature to 400 degrees F and bake for 14 minutes, flipping once 1/2 way through.

Stuff half a pita with spinach, 2 falafels, red pepper slices and avocado. Top with tzatziki sauce.

The verdict? These were really good! 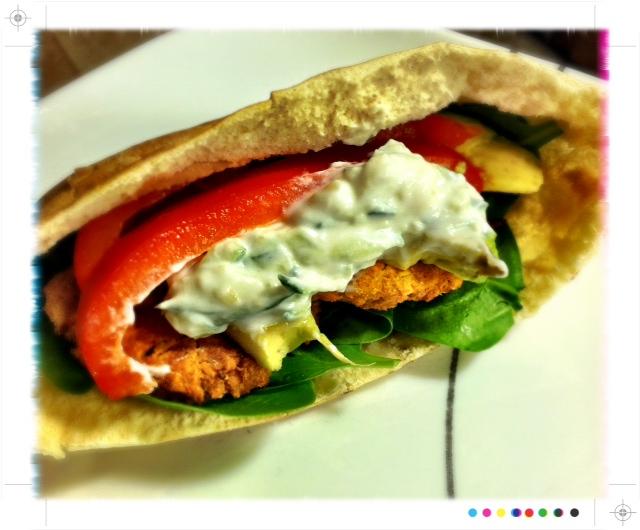 They are a bit on the dry side (not totally sure if most falafels are like that or not) but I found that with the red peppers, avocado and sauce, there was plenty of moisture so they didn’t taste dry at all….and the flavor was great. (Side note, we ate the leftovers the next night and they were just as good) I’m just saying if you were to just pick up a falafel by itself and munch on it, it might be a little dry 🙂 If you’re worried about it, you could maybe add a little greek yogurt to the falafel dough to moisten it…or an egg. 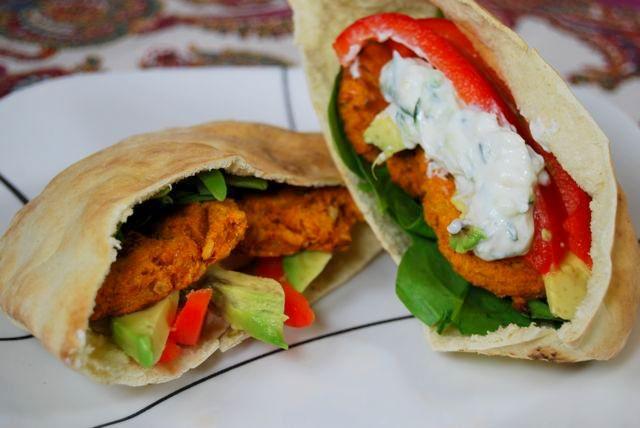 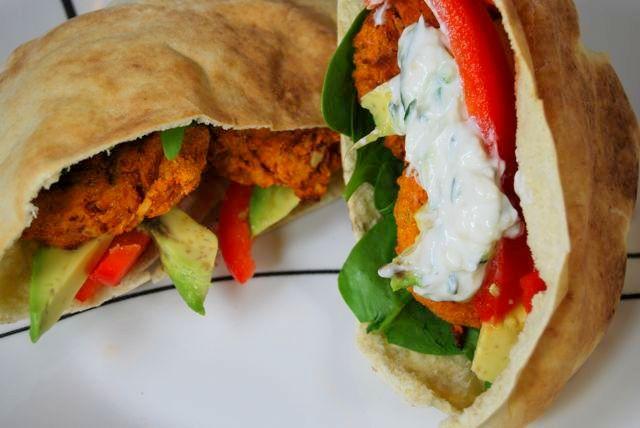 So there you have it friends! The recipe for the sauce made just enough for us and it’s about 1/3 the amounts of some of the recipes I looked at. I also left out the dill that appears to be traditional because I hate dill 🙂 How do you feel about falafel? Today’s workout:  I wanted to tackle some leg work so I chose some exercises that worked the quads and some that worked the hamstrings and glutes (hence the front/back title). Then I threw some abs in there for good measure 🙂 Here’s what it looked like: