Time for another update. I can hardly believe I’m in week 4 of my first rotation! Yikes! Time is flying.

So what have I been up to?

During week 2 I focused on making final revisions to some of the projects I worked on in Week 1 including finding handouts to go with my weekly tips that are being sent to after school program providers during National Childhood Obesity Awareness month. Then I moved on to some new projects. 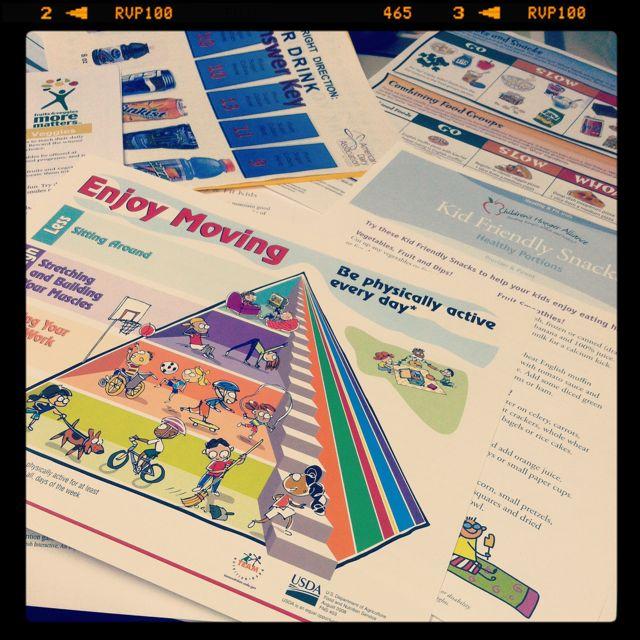 Currently, CHA has two after school programs that are taught- one called Food Folks that focuses on Nutrition and one called CATCH that focuses on physical activity. They are considering switching cirriculums so that they would be using a cirriculum from the same company for both programs. I got to evaluate the new potential Nutrition cirriculum, figure out how it could be organized into 10 lessons and give my input as to whether it was a solid cirriculum or not.

I also got to work on a little side project for Shelby. She had a family friend contact her because his daughter recently decided she wanted to be a vegetarian. The girl is in 8th grade and the parents wanted to know what they should be doing to make sure she was getting all the nutrients she needed with her new vegetarian diet. Hello?! Right up my alley! I pulled together some handouts and information to send to them and also wrote them a long letter about the importance of iron, calcium, etc. I also suggested some different protein sources she could try, etc. I even got to promote the ole bloggy since I have lots of veggie recipes 🙂 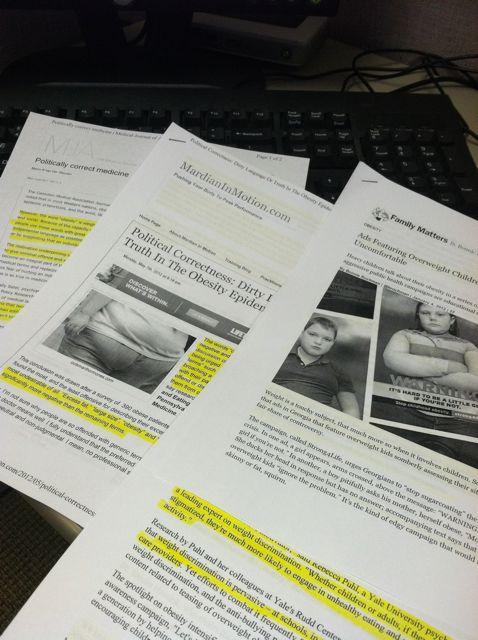 Towards the end of the week I taught another adult nutrition education class at the food pantry, attended a webinar about Health Behavior Theory and revamped the nutrition presentation that’s given to Americorps members by making it more interactive (this included putting together a little test for them to take which was fun)! I also did some research on the politically correct way to talk about obesity/obese people. 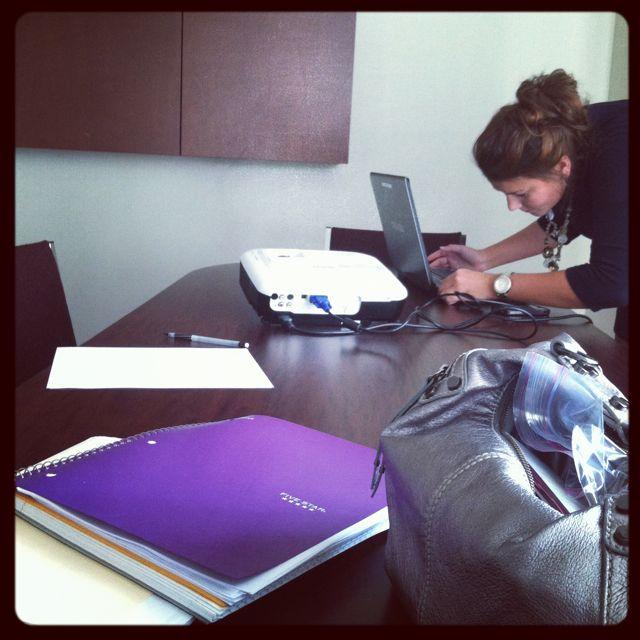 On Friday, I attended a presentation that Shelby gave to some employees at Nationwide Insurance (one of the big employers here in Columbus). They do a big push for charitable donations during the month of September and Nationwide matches any donations their employees make, which is awesome! They invited Children’s Hunger Alliance and Habitat for Humanity to come share some info about themselves to give their employees some ideas about where they might want to donate their money. Employees have the option of making a general donation or choosing a specific agency to donate to.

Last week I tackled a few larger projects that were more about creating things from scratch. I met with Shelby to review my updated calendar of projects and learn about the new things I was going to start working on. I developed a presentation that will be given to the in-home childcare providers when we give them the CARES kits that we’ve been putting together. The theme of the kit is Healthy Smiles and the kits include activites for the children. This presentation is designed to share more information with the providers themselves about things like the importance of calcium in building strong bones and teeth, how to care for childrens’ teeth at certain ages and tips for dealing with chidlren that always want sweet snacks. 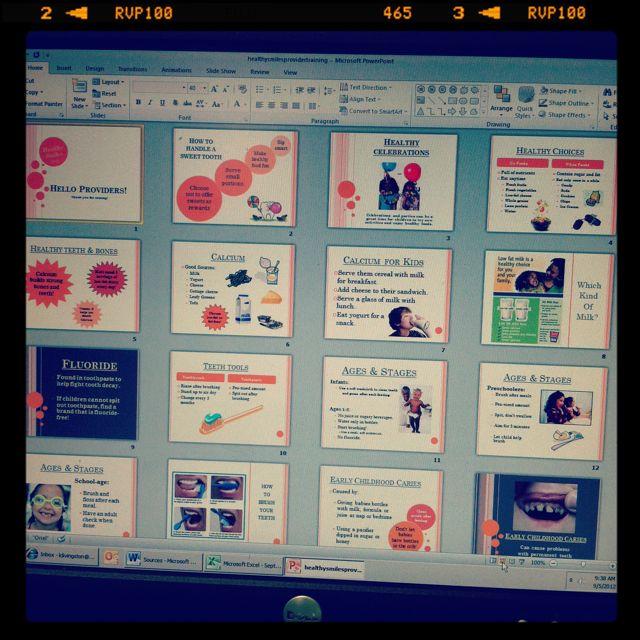 I also developed a flyer that will be distributed to in-home childcare providers that are participating in the new Healthy Homes program. It focuses on creating bulletin boards in the home to display information for parents. The flyer gives them tips for how to make a good bulletin board, suggests themes, etc. 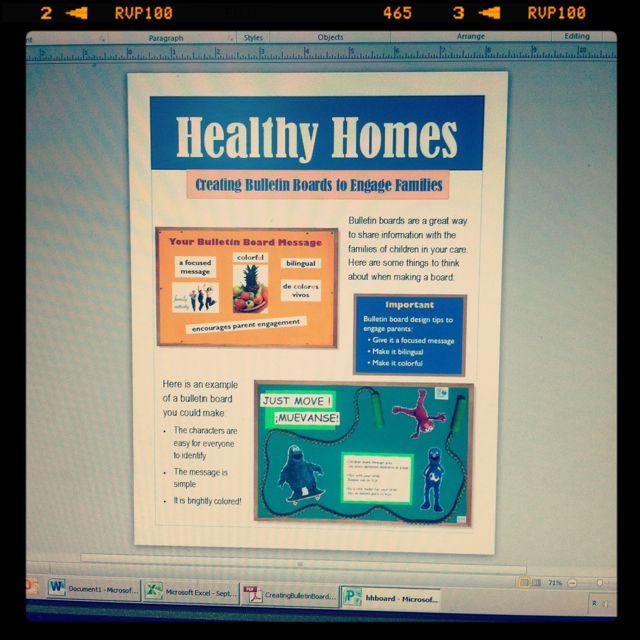 I attended a meeting about the Step Up to Quality program that is currently being used in child care centers and preschools. The program is expanding and being revised and in the coming years it will be used in more after school programs and by more in-home child care providers. I also attended a meeting at CHA with the grants team. It was interesting to hear about all the grants they’re applying for, which ones they’ve received funding from recently and which projects the money is being used to fund.

On Friday I met with someone in the marketing department at CHA to learn about her job and things she does on a daily basis. I’m going to work on a project for her that involves organizing all sorts of tips and links so that they can become more active in the social media world. I also started doing some research about how to do an effective food demo since they want to add more food demoing to their adult nutrition ed classes. Shelby wanted me to do some research about what equipment they would need, how involved it would be to train the Americorp members to do these food demos and put together some tips for how to do an effect demo. Finally, I redesigned another flyer going out to providers about the importance of milk. All the info was crammed onto one side so I made it 2-sided! 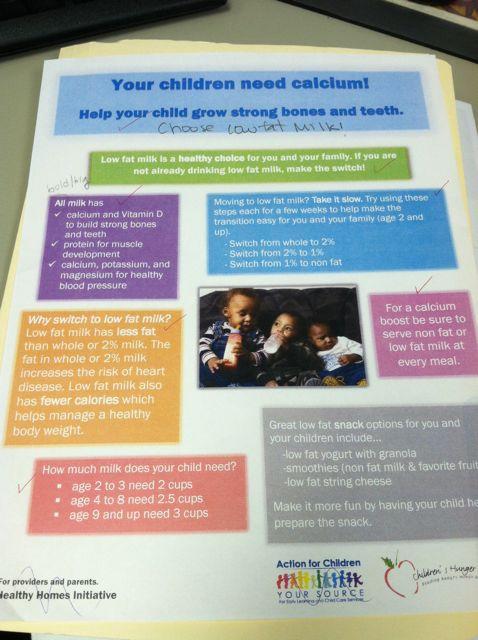 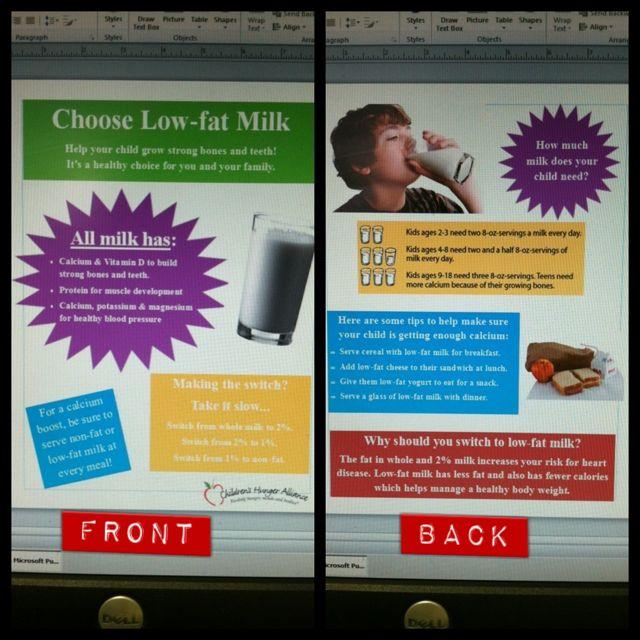 I’ve never really been all that great at designing stuff, but I must say that I’ve been impressing myself with the powerpoints and flyers I’ve designed recently! It’s so much fun!

So there you go! You’re all caught up! I’ll be back in a couple weeks to fill you in again 🙂